Working on a Shared Breakdown

The New and Improved Crew Tools

Adding Characters to a Scene

The New and Improved Inventory

The New and Improved Changes and Looks

The New and Improved Actors

Sorting and Filtering the Gallery

Adjusting the Margins on Reports

The New and Improved Mobile App

[Mobile] The New and Improved Inventory

The New and Improved Changes and Looks for Mobile

[Mobile] The New and Improved Actors

[Mobile] Sorting and Filtering the Gallery

Login Issues on the Mobile App

Editing the Name of a Script Revision

Adding Photos to an Asset

Uploading Documents to an Asset

Accessing AssetHub on a Mobile Device

Webinars for Hair and Makeup

[Webinar] Setting Up Multi-Factor Authentication (MFA) With Your EP Account 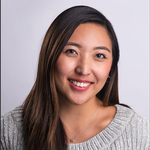 Updated 2 weeks ago by Hanna Lee

When creating a new Episodic, you will be asked to select one of two production types: Traditional/Block or Like A Feature. Your selection will determine how your production is set up in SyncOnSet. The two options are compared in detail below.

Each Episode is its own unit, completely separate from other Episodes. However, you can view information for multiple episodes at one time. To switch episodes from the web app, click into the Episode Selector and select the Episodes you would like to view.

On the My Productions page, each episode will exist as an option to click into.

We recommend Traditional/Block for productions regular shooting or block shooting.

Each episode will have a separate budget. Only one episode’s budget can be viewed at a time.

To generate reports, you must only have one department and one episode selected.

You can create fake episodes for items such as Amort budgets.

All episodes are built into one larger entity. Episodes are separated by a numbering scheme where the episode number comes before the decimal and the scene number comes after (ex: 101.1, 101.2, etc).

Note: Episodics set up Like a Feature do not display episode titles in the system and the titles cannot be altered once created.

On your My Productions page, there will not be a separate link for each episode. Your entire production will exist in one link.

We recommend Like a Feature if you are cross-boarding (shooting multiple episodes at the same time).

There is one amort budget for the entire season. You cannot budget per episode.

Reports will include information from the whole season and cannot be separated by episodes.

How did we do?